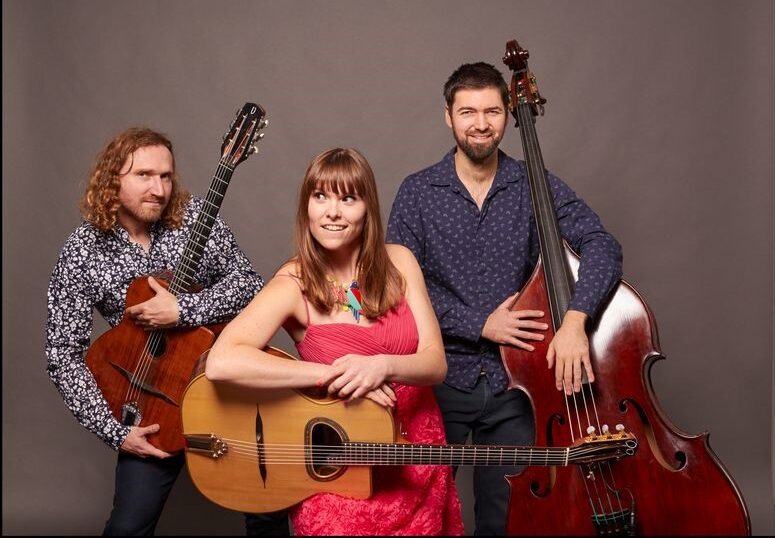 The band members with French-German-Polish descent create a modern style mixed of vocal Gypsy Jazz, global music and chanson. The Marion & Sobo trio sings and plays their music with a lot of charm, humor, lightness and joy of playing in front of an intercultural and cross-generational audience. In addition to their own compositions the band interprets classics from the French Swing through to traditional Balkan melodies to tribute the musical roots in Western and Eastern Europe. The heart of the band are the Franco-American singer Marion Lenfant-Preus and the Polish guitarist Alexander Sobocinski, known as Sobo. He is from Poland, she is from France, and the two well-travelled musicians met at a jazz session in Bonn. Since then, together with their band, they have followed the idea of creating music that transcends categories.

The wines in the tasting are all local from the Middle Rhine Valley – from the host Lanius-Knab winery and from the Matthias Müller winery.

Tickets are available at the Mittelrhein Musik Festival.

Our winery is open for you from 6:30 p.m. so that you can get in the mood for the evening. In addition to our wines, we offer you culinary delights from the winemaker’s kitchen.

No comments to show.

Yesterday we had a great day at the Salling center